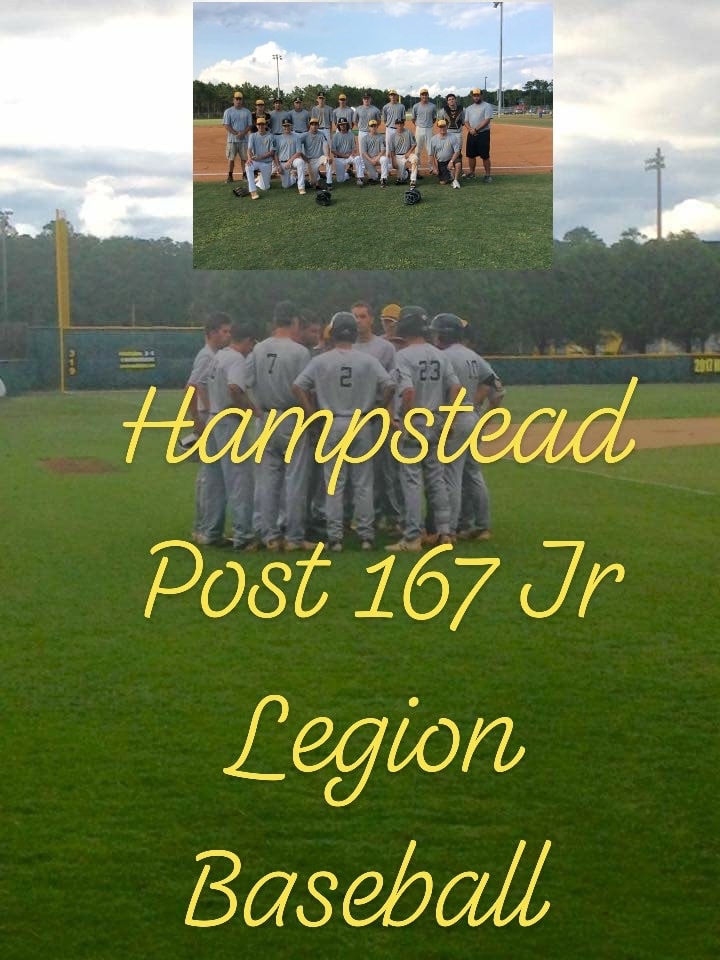 American Junior Legion Post 167 Advances to Playoffs
Hampstead Post 167  Jr Legion advances to Area 2 South Division Playoffs The Hampstead Post 167 Jr. Legion baseball team  (12-7) on the season advanced to the Area 2 State playoffs. Post will face Hoggard Jr Legion in a round one best of three series. Game one Wednesday night at Hoggard. Game two will be played at Topsail on Thursday night. If needed game three will return to Hoggard  on Friday night.