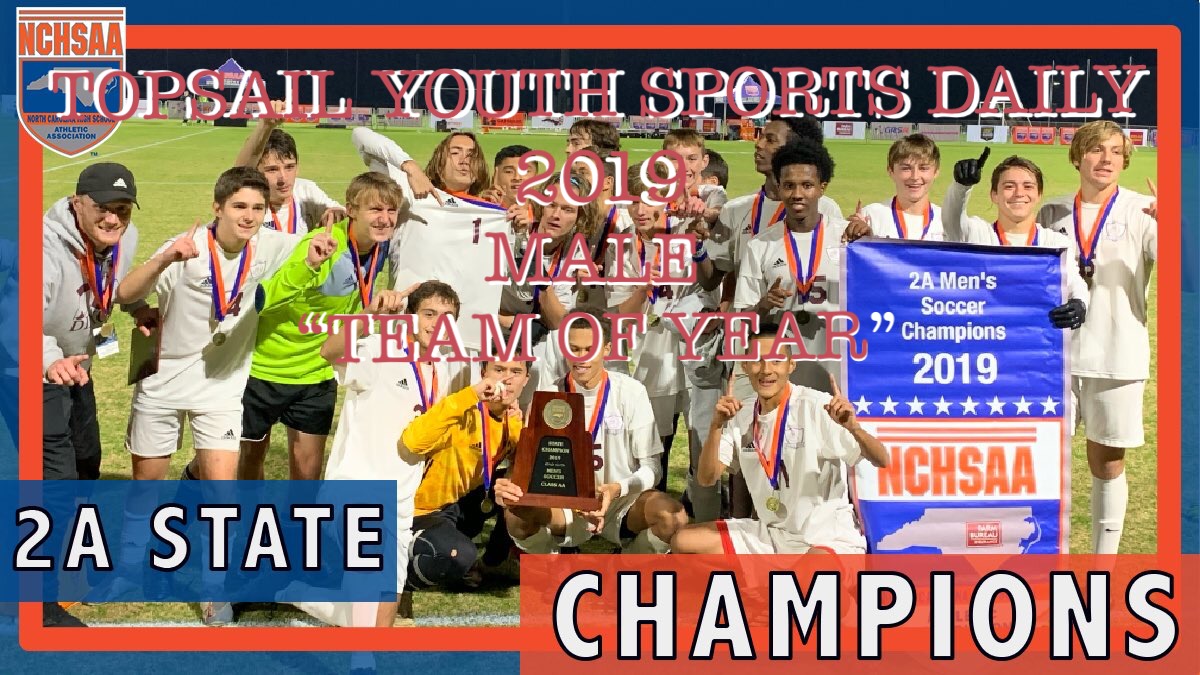 The Topsail Youth Sports Daily coverage area had many of our teams have great success on the field and court in 2019. It makes it a very difficult task to select one as the “ Team of the Year”.  With that said, The ultimate goal of every high school team is finish the season as the NCHSAA  State Champion in their sport.  The Dixon Bulldog Soccer team achieved the ultimate goal. The 2019 NCHSAA 2A STATE SOCCER CHAMPIONS are the 2019 TOPSAIL YOUTH SPORTS DAILY BOYS “TEAM OF THE YEAR”.

The Dixon Bulldog Soccer Program has been a very successful over the last decade. In the last eight seasons Dixon has won 136 games. The  2019 Bulldog team finished the season with a 25-1-1 overall record and claimed the Coastal 1A/2A Conference championship with a 14-0 record. Dixon’s final Maxpreps ranking had the Bulldogs as 102 in the nation, number 10 ranked in North Carolina (All Classifications ) and a number 2 ranking in the 2A classification. As a team, Dixon finished with some very impressive stats. 5.7 goals per game and 155 goals for the season. It was a team effort by the 2A State Champions.

Senior Benjamin Ames the Bulldogs in goals scored with 34,  Senior Nathan Whited 33 goals and Senior Samuel Ames 31 for the season. Ames was also the assist leader with 35 for Dixon. Junior goaltender Jacob Martin finished the season with 76 saves.

After a conference championship regular season Dixon began their journey in the 2A State Playoffs with victories in the first four round to advance to the East Region Championship game to face First Flight. The Bulldogs claimed the East Region Title to advance to the NCHSAA 2A State Championship game. Dixon defeated a very good East Lincoln team 4- 3 .  Dixon player Matthew Hardison was named Most Valuable Player. The Dixon Bulldogs reached their ultimate goal. 2019 NCHSAA 2A STATE SOCCER CHAMPIONS.