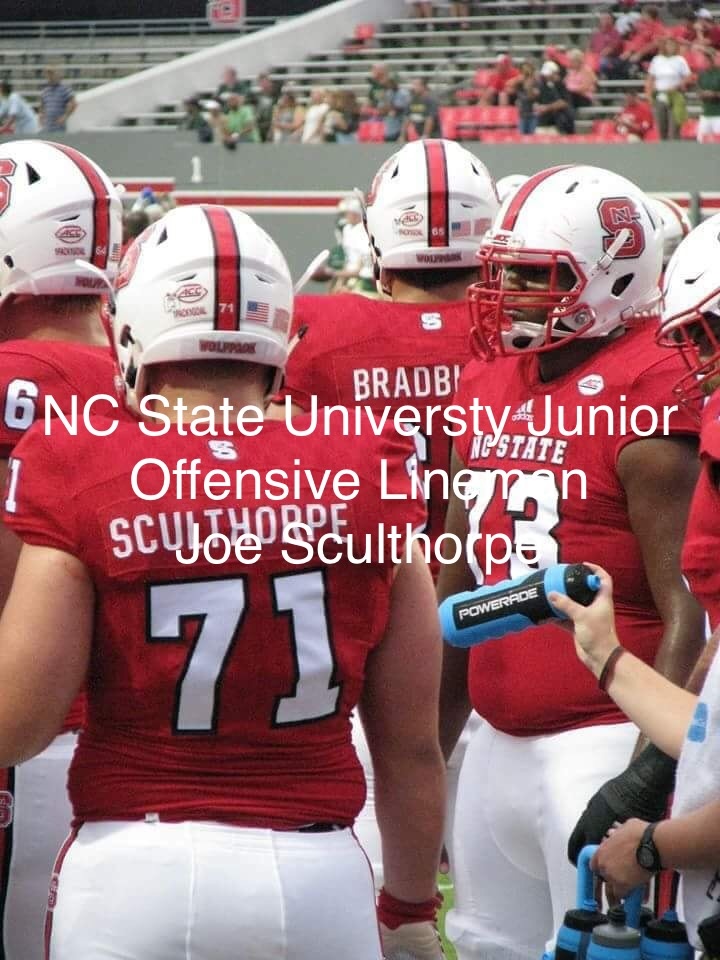 As a youngster growing up, you always have friends that you always stay close to as you mature though the teen years to adulthood. On Saturday two close friends and 2015 Topsail graduates Joe Sculthorpe and Drew Gaither had an encounter at very familiar place, a football field. Sculthorpe and Gaither played football together from the Pop Warner youth league in Hampstead until 2015 with the Topsail Pirate Football team.

In Raleigh on Saturday at the NC State – Western Carolina game, for the first time the two friends were on opposite sidelines. Sculthorpe as NC State player and Gaither as a student assistant coach with Western Carolina.

Sculthorpe and Gaither both set their goals of playing college football after high school at a young age. Sculthorpe, also a NCHSAA State Champion in wrestling, committed to NC State football in the Fall of his senior season at Topsail High School. Joe a starter at offensive guard and has a leadership role on this seasons NC State team. Sculthorpe has also received several academic honors for athletes during his time at NC State. Gaither took a little different path to his current position at Western Carolina University. Drew signed with Carson Newman University during his senior season at Topsail. After one season at Carson Newman he made the decision to continue his education and explore opportunities that would keep him involved in the game of football. In the Summe of 2018 he made the decision to continue his education at Western Carolina University and work with the football team as a student assistant coach. Gaither works with this special teams for the Catamounts football team. He is in his second season. 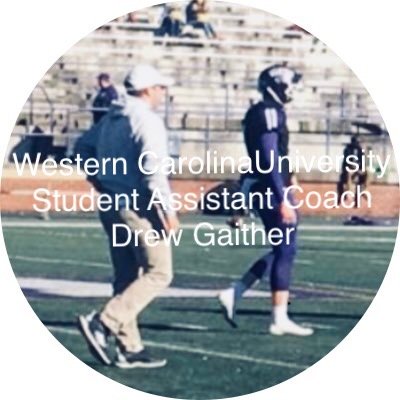 The Topsail community is and should be very proud of Joe and Drew as they have both been great examples of what a student athlete should be. It is a difficult task to balance your academics and athletics in college. Sculthorpe and Gaither did not spend much time together on Saturday. NC State won the football game, but this day is something these two great friends will never forget. Good Luck!! Joe and Drew and keep making your community proud!!