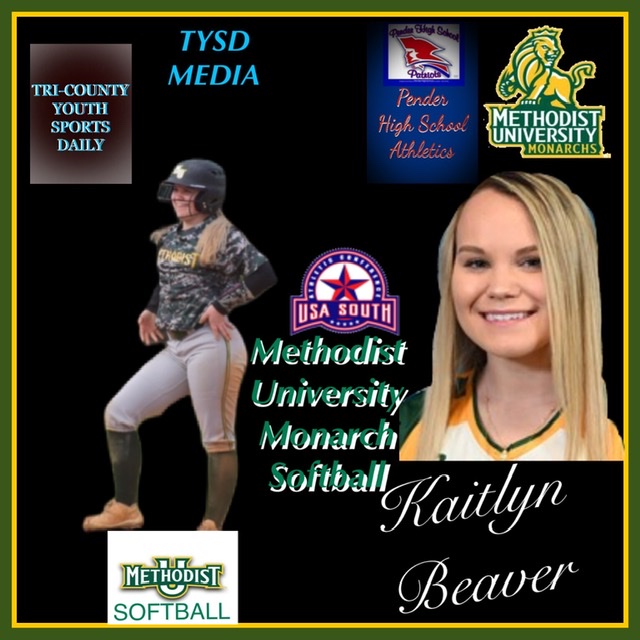 Like most student athletes that have the goal and dreams of playing their sport at the next level..college athletics, It all begins in the youth and recreation league as a young athlete. For Pender High School Softball alum Kaitlyn Beaver, now a freshman softball player for the Methodist University Monarch softball team. The commitment and love for the sport began in the youth leagues.

Beaver played multiple positions in Middle School and high school..second base, catcher, pitcher and center field. In college for the Methodist Lady Monarchs, Kaitlyns primary position is second base.

Kaitlyn had interest from several colleges during her senior year in high school. After consideration, she chose Methodist  which would allow her to follow her academic as well as her athletic dreams at the same university. Methodist was the only college to allow her to play softball as well as entering the nursing program at the university. Kaitlyn  has plans on finishing college with a double major..Nursing and Healthcare Management.