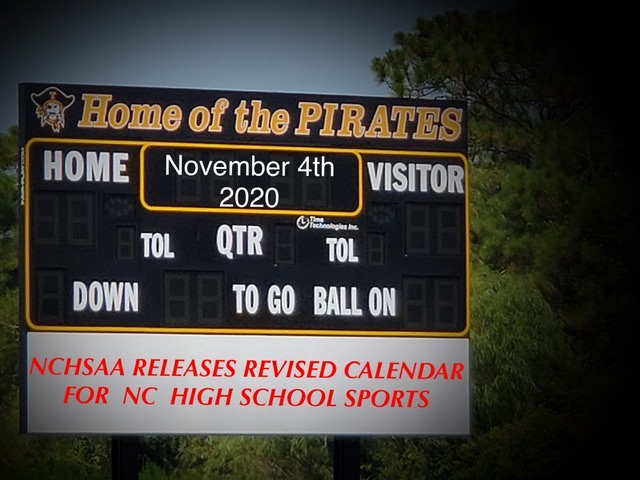 The NCHSAA released the revised high school sports schedule for the upcoming school calendar year. The last 5-6 months have been very challenging times for student athletes. Faced with uncertainty involving return to school as well as high school sports. For fall sport athletes the official start to the fall sports season was scheduled to begin on August 1 2020. Last week the NCHSAA postponed the start of the fall sports season until at the earliest the middle of September. The NCHSAA should be commended for their work in finding a way for a return to high school sports as soon as possible. The revised schedule has football beginning in February and wrestling in April. While all sports are facing different start times,  football and wrestling are having seasons 5 months later than originally scheduled. While it will not make everybody happy, its much better than the alternative of sports being cancelled “Friday Night Lights” in February, if nothing else it will be interesting at the least.

The decision to move the sports calendar forward to begin in November was really the earliest reasonable option considering many teams in the state have had sports suspended since last spring, while other districts across the state have all benefited from restricted  workouts over the summer. Even at this time many districts  have suspended all sports activities indefinitely. It would be at the earliest Mid-October before contact sports such as football teams would be prepared to take the field for game competition.

One of the issues that has not been talked about in the high school return the sports issue is the importance of weight training for student athletes. With the sport of football, one of my concerns is many players have been without weight training since March 2020. The restricted summer workout did not allow weight rooms to be open. The sports calendar change to February will hopefully allow teams across the state to be in better physical shape by the start of the football season next February.

Yes, I left out the C-19 word on purpose.While not a certainty… The release of the NCHSSA revised Sports Calendar gives student athletes hope and something positive as we begin the school year. 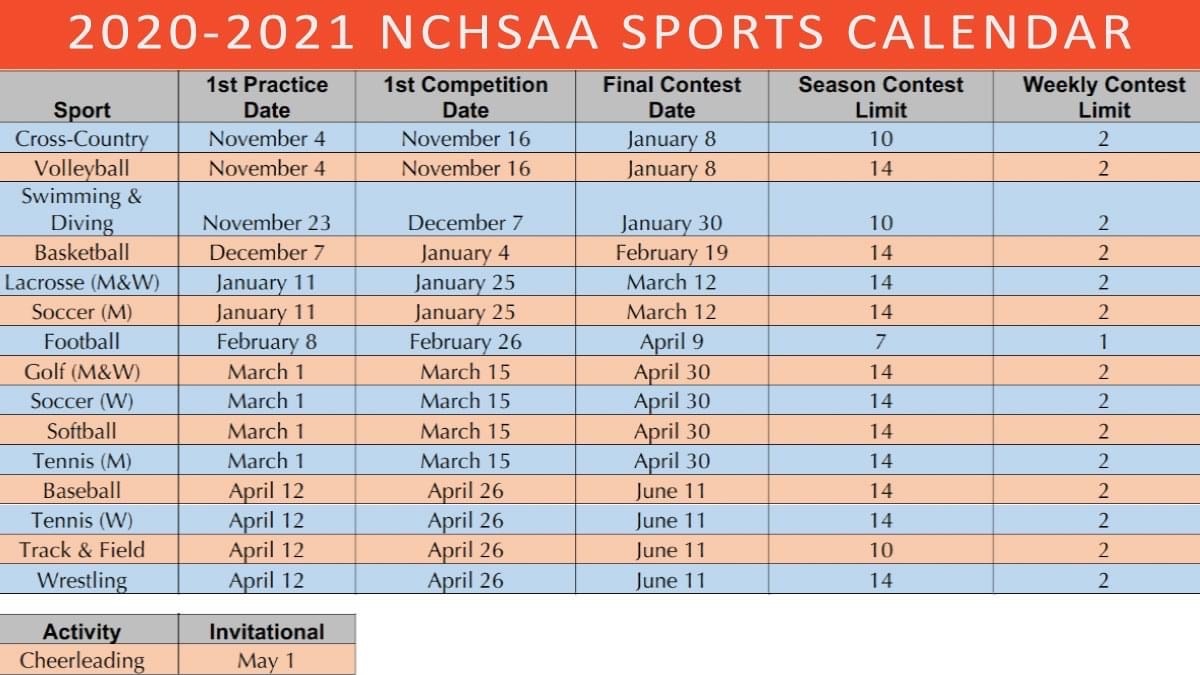