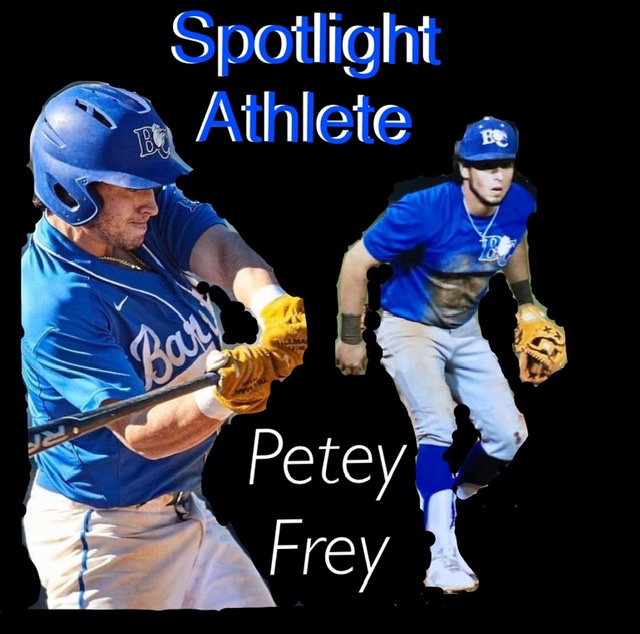 Many young athletes have dreams of playing their favorite sport as a college student athlete. Yes, it’s true that most young kids just starting out in sports have that very dream. With that said, only a small percentage of young players have that dream come true. Topsail Baseball Alum and current Barton College player Petey Frey developed the love and passion for the game of baseball at the age of five. Frey’s dream and journey was not a easy one. Petey’s passion, love and commitment for the sport helped him overcome much adversity and challenges along the way.

Being part of a military family Frey has at adopt to the family moving on a frequent basis. With that came the adjustment of new friends, new schools and for Petey finding somewhere to play his favorite sport. At the young age of seven Frey was involved in fallen tree accident causing serious injuries to Petey. When Frey was at a doctors appointment with his jaws wired shut. He ask his doctor when he could play baseball again? On that same day, following instructions from the doctor “Wear at helmet and mask at all times on field” Petey played first base for his team.  The ridicule and comments did not bother Petey, He was just happy to be playing baseball.

As Frey grew older he continued his love for the game in middle school and working to improve his baseball skills. Before Petey’s high school freshman year, his family moved from Hawaii to Hampstead NC. Enrolling at Topsail High School.

Frey and his journey continued as a four year player with the Topsail Pirate baseball program. In junior varsity as a sophomore Petey was one of the team leaders.  In 2017 Frey was part of the Topsail Pirates great season finishing as NCHSAA State 3A East Regional runner up. Petey had a shoulder injury limiting his play his junior season. In the summer Frey was recommended for shoulder surgery. His parents found an alternative Stem cell/PRP procedure . The procedure was not a guarantee fix, but Frey wanted to play baseball his senior year. With extensive therapy and training he was able to have his senior season on the field.

Petey Frey committed to Barton College to continue his education and baseball career. After training all summer and joining Barton College Baseball, adversity appeared again. During a team practice Frey heard a pop. Petey was diagnosed with two broken hips. After back to back hip surgeries and months of therapy Frey was cleared to return to the field. On his first day back on the field Petey left the field with a broken wrist requiring another surgery. With time short and the 2020 season fast approaching,  Frey again with extensive training and therapy was ready for the 2020 season for Barton College Baseball. Petey was off to a great start to the season. In March the Covid-19 Pandemic forced the cancellation of the Spring Sports Season for college sports. 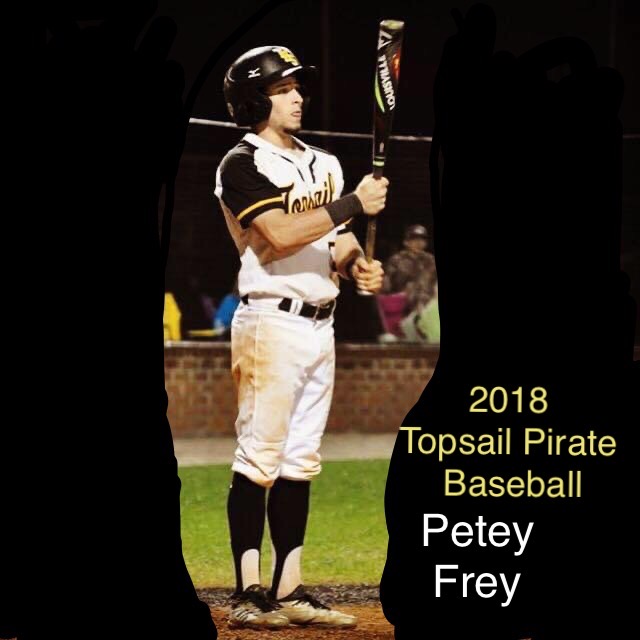