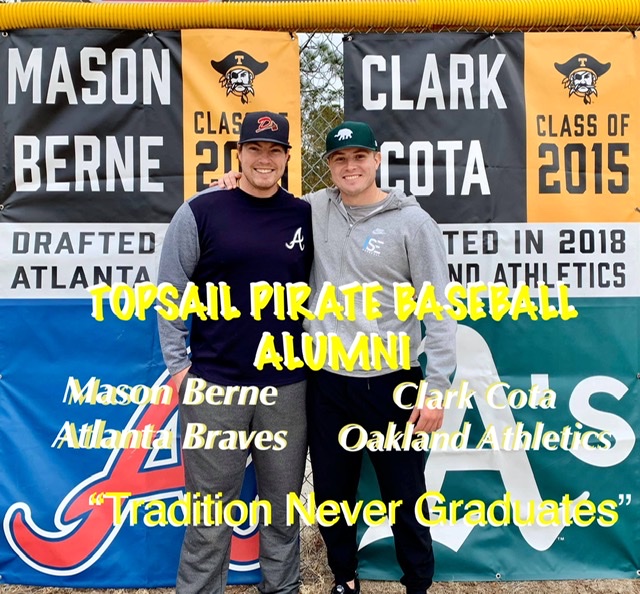 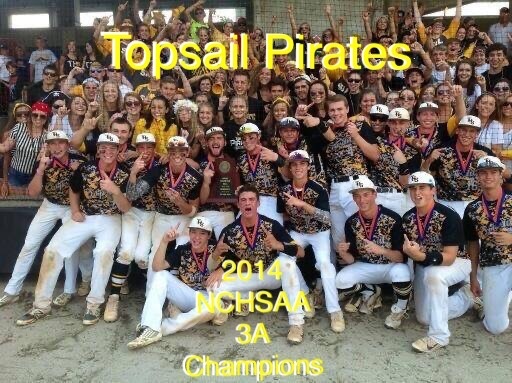 It  is a very popular phrase or slogan for the Topsail Baseball Program that reads “TRADITION NEVER GRADUATES” meaning that once a Pirate, always  a Pirate.  A dozen of the Topsail Alumni players showed their love for Topsail Baseball returning to instruct the young and hopefully future Pirates with baseball skills.

Topsail Baseball has many former players competing at the college level currently. Many of them came home to support the program and instruct the young players.

Topsail Baseball Head Coach Nick Raynor, a Topsail Alumni himself, was very pleased with the success of this years camp. “More than 40 campers, over a dozen Pirate Alumni, many current ball players, numerous volunteers and boatloads of fun.” This is what High School Athletics is all about.When I Count my blessings, I thank God that I’m a Topsail Pirate.”

With baseball season fast approaching in January and February the high school, college and professional teams, the off season workouts  are near a close.  For the Topsail Alumni players, their focus will move to their current professional or college teams. With that said, they will have a close eye on the 2020 Topsail Pirate program and team. The love Topsail baseball. They are part of the family. Remember  “TRADITION NEVER GRADUATES”

Good Luck!! To all the the Topsail Alumni Baseball players for a great 2020 season!!