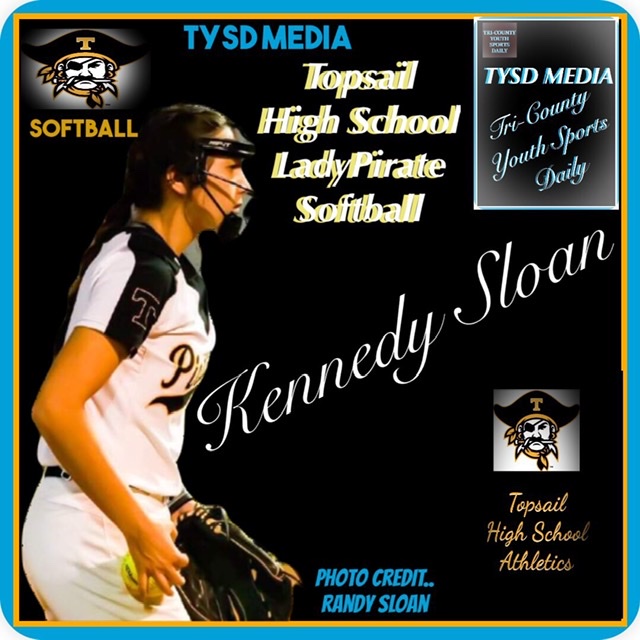 Topsail High School Sophomore, Lady Pirate Softball player Kennedy Sloan started playing softball at age 8 in the fall recreation league at Cape Fear Optimist in Wilmington NC. In the youth recreation league, recognition was given to her youth coaches in her first year of softball for doing a great job of introducing Kennedy to the game. Later her youth coaches played a major role in developing her skills and sportsmanship. Sloan continued in the spring recreation ball and All Stars with the Cape Fear Optimist program until 2020 when the Covid-19 Pandemic suspended most youth sports programs.

In 2021 Kennedy continued with the Cape fear Optimist Softball program as well as quest playing with softball travel teams. This spring, Sloan committed to trying out for the Topsail High School softball team. Kennedy is now a sophomore with the varsity Lady Pirates.

Topsail Head Coach, Eric Phillips is happy to have Sloan on the team. “Kennedy Sloan is one of the greatest team players I have ever coached. ”She does everything ask of her and fits into this team like she has been here forever. I couldn’t imagine her not being here.”

Kennedy is a team player that thinks team first. Sloan attributes her success on the mound to the strength of her teammates backing her up.