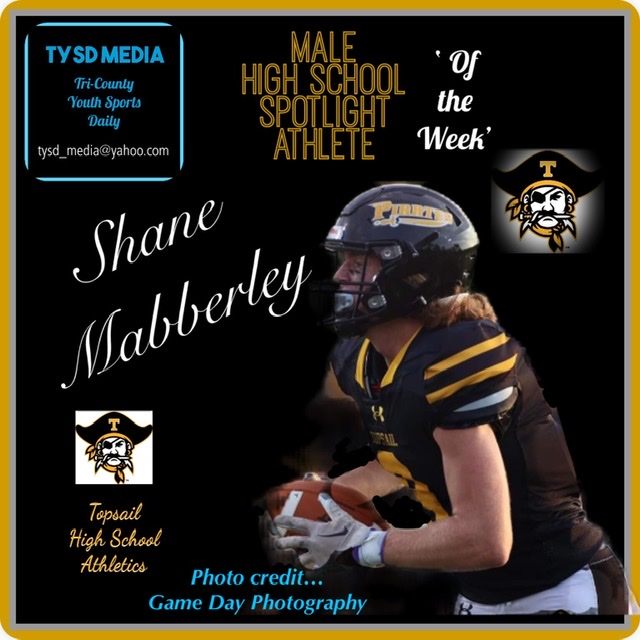 The youth sports journey, from the youth recreation, travel ball, middle school to high school athletics is rather routine for the youth athlete that is local and resides in the city or town. Youth leagues, and schools in the same community. The journey is much different for athletes from military families. Military families move frequently, meaning a change of schools, as well as youth sports leagues and teams. Topsail High School senior Shane Mabberley, his family is military and moves quite often. Shane has attended 7 schools and played football in 4 different states. Football has always provided routine and stability for Shane and his brothers. Playing football allowed Shane and his brothers to meet their classmates during the summer, before starting at a new school.

Mabberly began competing in youth sports in football at the age of five when he played on the Tiny-Mite football team for the Middletown Islanders in Rhode Island. Yes, at a early age he found a passion and love for football and the wide receiver position. Shane scored his first touchdown at 5 years old. Many years later as a senior for the Topsail football team, Shane is a wide receiver for the Pirates. In the off season to improve his skills he competes with “Film to Field”

Mabberley competes in multiple sports and has lettered for varsity football, basketball and track with the Topsail Athletics Program.

Shane is a team player, puts in the extra work to improve as a player and help his team be the best they can be. Mabberley is hoping to continue his education and football career in college next fall. 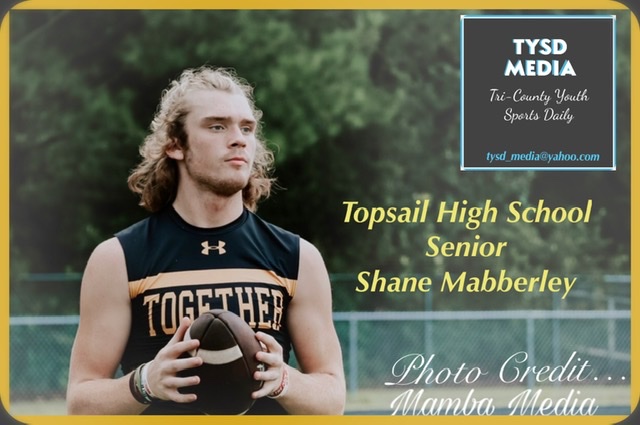