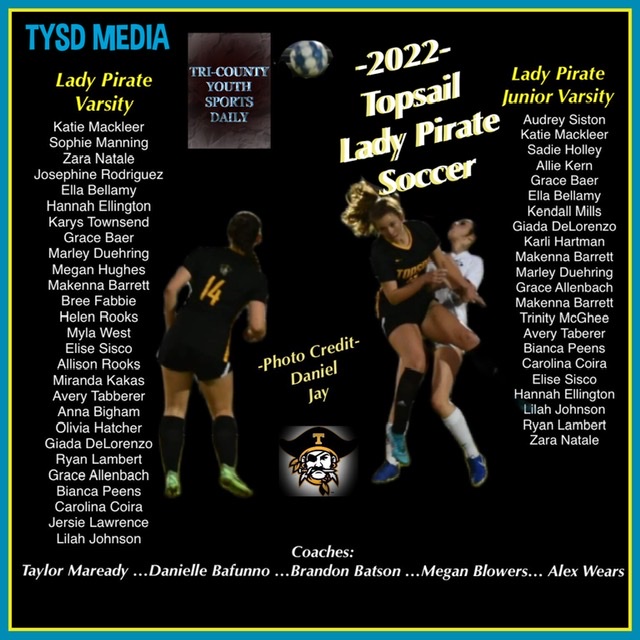 In high school athletics, every season is a new team with the only measure being the returning players from the previous season, as well as the incoming freshman class. Unlike college and professional teams, the coaches are not allowed to recruit and bring in players from other schools. The coaches develop the younger players to ready for varsity competition as juniors. There should be no separation with the varsity and junior varsity players. Player development is what builds a successful program in high school athletics.

The  Topsail Lady Pirate Soccer team has high hopes for the program this season.

Topsail assistant coach and head JV coach, Danielle Bafunno, “We are excited for this season! We have a great coaching staff that’s treating this team like family, and it is showing.” We are led by some fantastic seniors. Myla West is already Division one committed athlete for Gardner Webb and shows,, not only for her skill but her hard work and leadership at each practice, Said Bafunno.

The Lady Pirates also have several other returning players making a difference for the team this season. “Bree Fabbie and Miranda Kakas are bringing the team together as well, tightening the group and leading by example , said Bafunno. “Josephine (JoJo) Rodriguez along with Myla West have organized our play through the middle and the younger girls have responded well to their style of play.”

Topsail also has a great freshman class of players on the team this season. “Were really looking forward to seeing what the freshman class can bring to the field., Jersie Lawrence, Ryan Lambert and Marley Duehring have proven to be a force on this team.” said Coach Bafunno 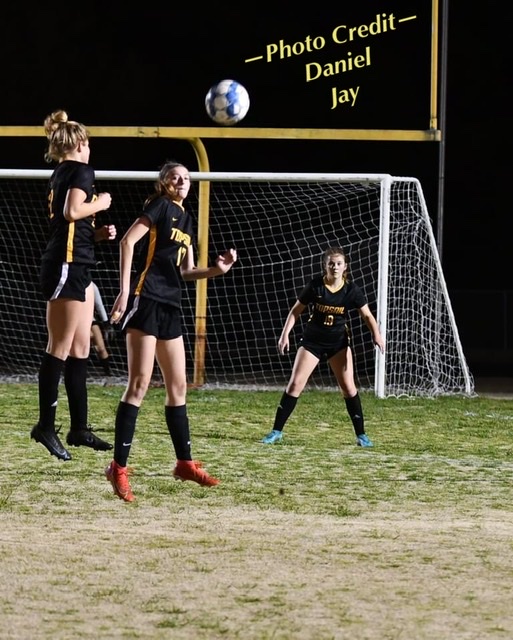