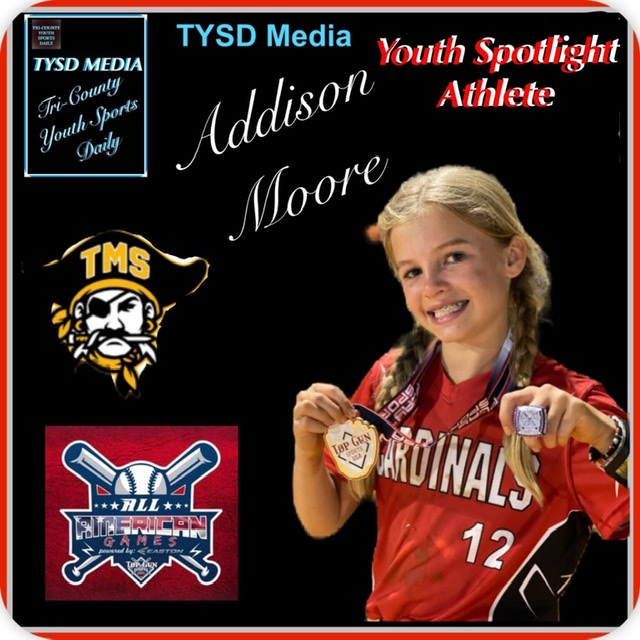 Topsail Middle School fifth grader Addison Moore, a softball player with the Carolina Cardinals 10U- Peterson travel ball team was recently invited to participate in the Top Gun All American Games. Addison started playing softball in 2020 with the Port City Thunder Travel Team from 8U until 10U when the organization made the change to the Carolina Cardinals Travel Team Program.

Addison is involved in flag football and hopes to compete at the middle school level, playing softball as well as volleyball and basketball. On the softball field Addison plays third base and center field with the Cardinals. At the plate Addison has worked very hard to master the slap hitting technique which is used by players that have speed on the bases.

Addison has put up some impressive stats through 11 games this season with the Cardinals.

Addison’s coach Drew Peterson is impressed with Addison and her development over the last couple years. “Addy is a true spark of light to those around her. She is determined to giving her best for the team during practices, games and with her working on her own.” Addy began working on the slapping style of hitting. She has worked diligently at learning the different aspects of the skill and is really putting it together now in 10U tournament ball.” “Addy is one of those kids you stop what you are doing to watch when she comes to the plate.”

Addison is also a student athlete with all A’s in the classroom. 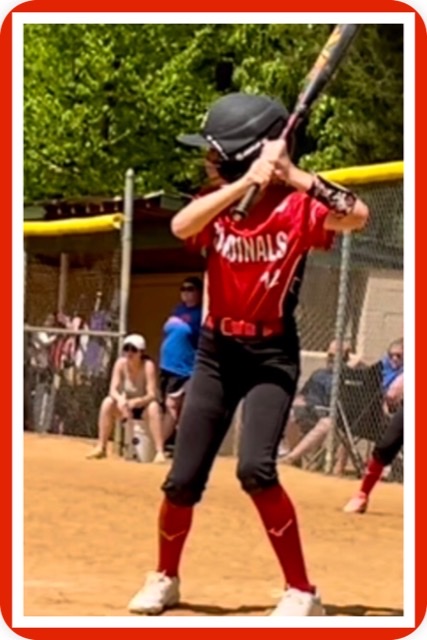