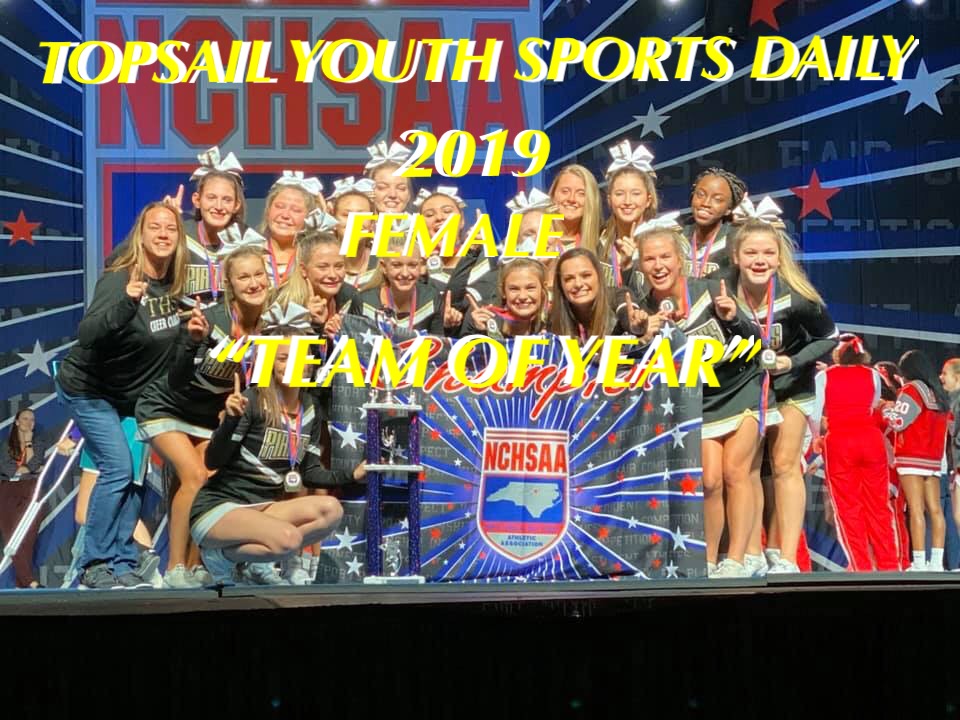 Many of the high school sports teams in the Topsail Youth Sports Daily coverage area had much success in 2019.  From Topsail Lacrosse reaching the state semi-finals . Dixon Soccer 2A NCHSAA State Championship and Topsail Softball advancing to the third round 3A State Softball playoffs. It was a great year on the field and court for our area teams.

The 2019 Female “Team of the Year”, Topsail Cheerleading did win a State Championship to advance to the National Competition in February, although that accomplishment was just a small part in the selection process. It’s the hard work and dedication of these student athletes just about year round that separates them from others. Yes, cheerleading is a sport and and consist of some of the most athletic student athletes in high school. It’s much more than cheering at football and basketball games. Cheerleading is a very competitive sport.

This years Topsail Cheerleading team has been at it since Spring of 2019. Tryouts for the year and workouts until the end of the school year. Like all high school sports the cheerleaders participate in summer workouts as well as several team camps over the summer. In late August it’s on the football sidelines performing at the games. In November the cheerleaders move to the basketball court to support Pirate basketball until mid- February . A busy time for the team as they practice and put together their routine for the conference, regional and state competitions in November and December. It’s a year long commitment.

The Topsail Cheerleaders are not done. In February the team travels to Florida to compete in the UCA National Championship. 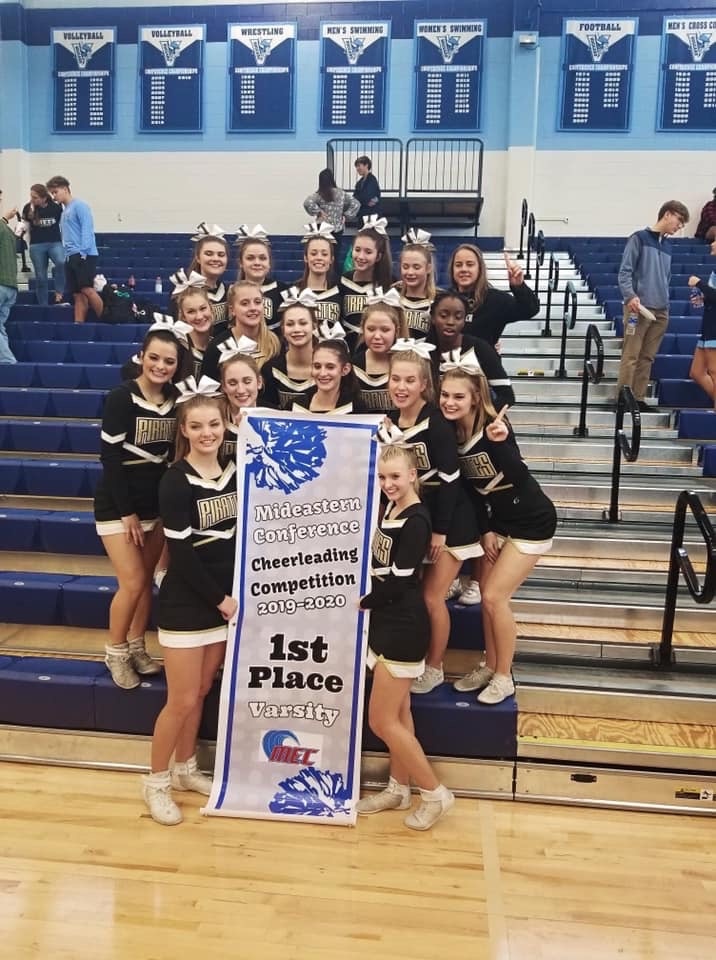