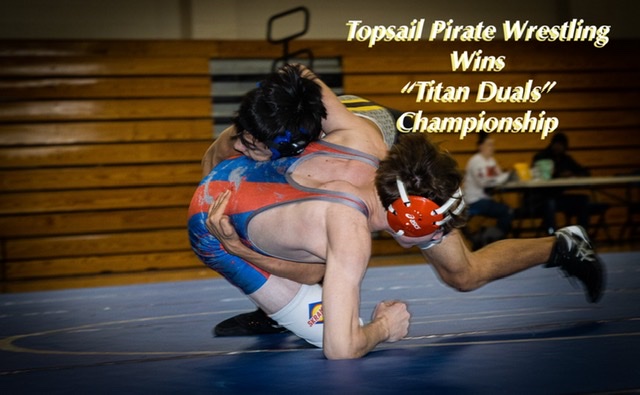 Topsail earns top honors at the 2019 Titan duals. Outscoring the opposition 345-52 The Topsail Pirates took full advantage of each opportunity given. 1st Round the Topsail Pirates faced New Hanover winning 75-6 giving up only one match in the contest. 2nd Round was Jacksonville also winning 75-6. Round three was against Rosewood with the Pirates downing them 64-12.  Pender County faced off against Topsail giving them the biggest fight of the day winning 3 matches but falling far short needed to beat the Pirates. 67-18 would be the final score giving Topsail the win and placement coming out of the Pool A Bracket. The winner of the B pool bracket would Be South Brunswick who cruised to the finals as well. With the stage set the Pirates faced South Brunswick in the Finals and giving an early glimpse to what their conference match will entail later this season.

The Pirates would complete the task and down South Brunswick 64-10 in the finals making the Pirates the Titans 2019 Tournament Champions. 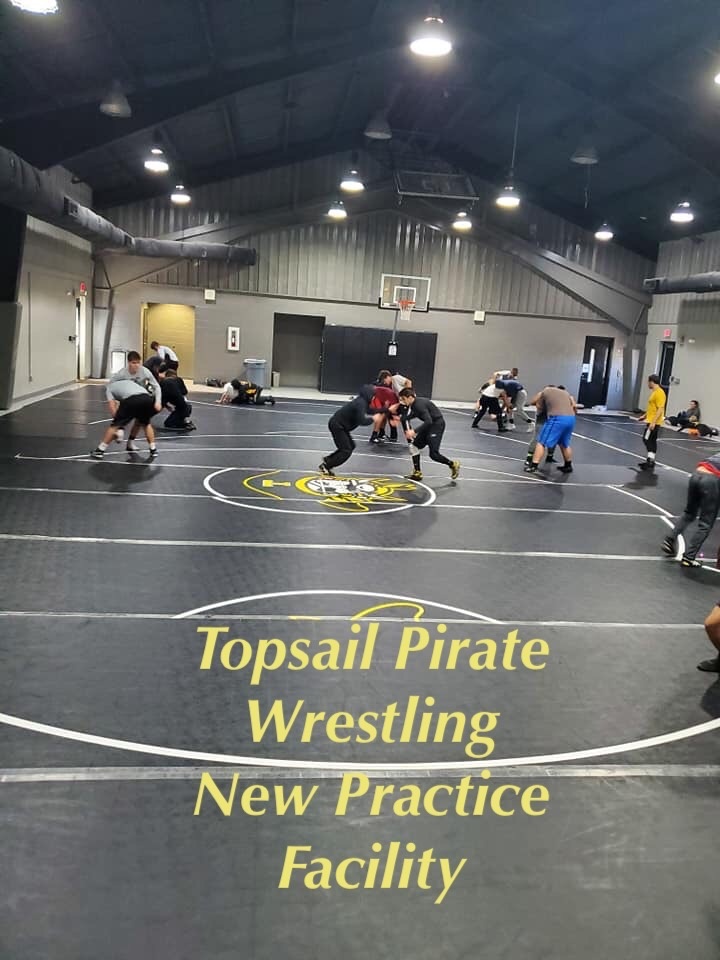 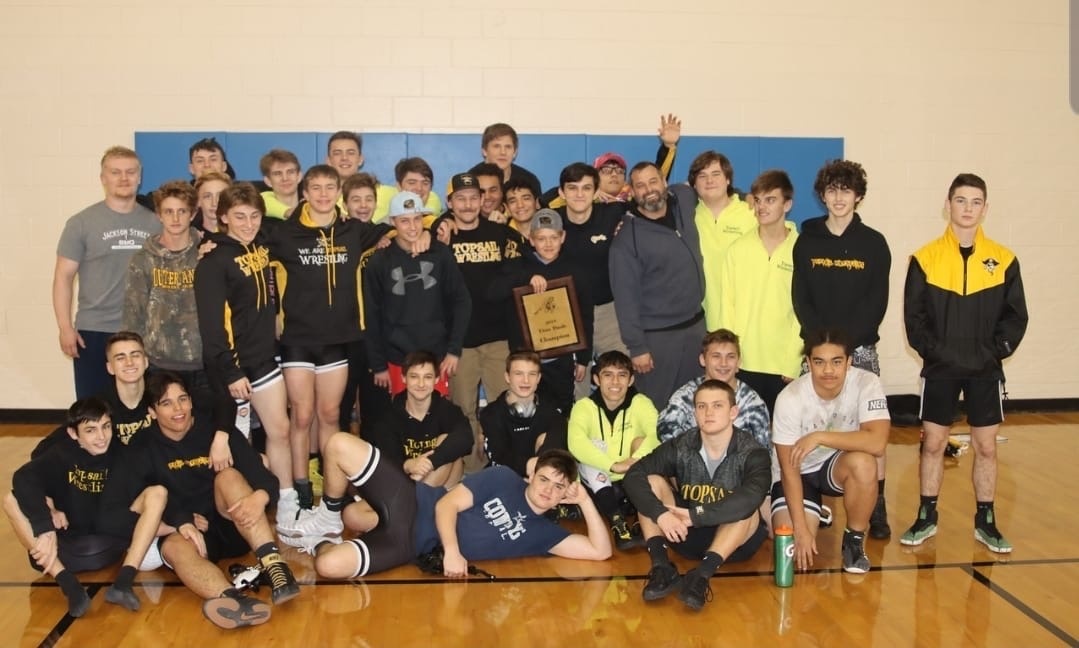