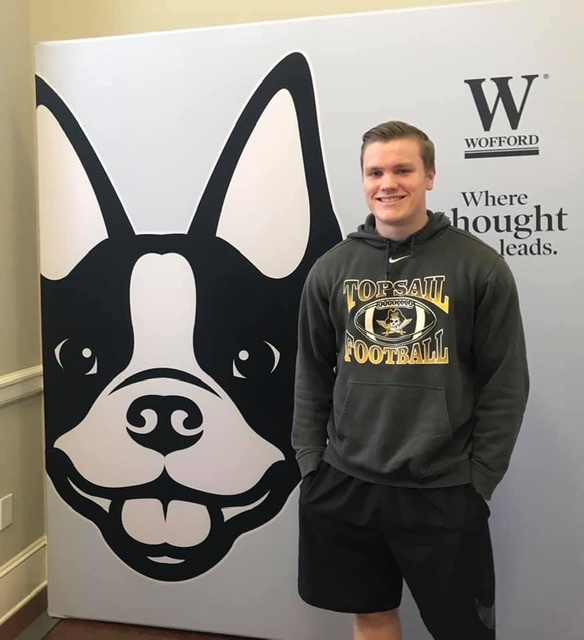 For some youth athletes, they participate in youth sports at young ages to have fun, which it really what youth recreation sports should be.  For others it’s beginning of hopes of playing a the high school level, and dreams of playing sports in college. That dream comes with commitment at a young age to become a student athlete. The realization that without the academics and performance in the classroom and on the field or court, the dreams will be short lived.

Topsail High School Senior Brock Dempsey completed that journey with his commitment to Wofford College to continue his education and play football next Fall. Dempsey played multiple sports growing up and in high school. Football along with Baseball and Wrestling. Brock was very well rounded and in the summer would split his time in several sports summer workout programs. In his senior year he focused on football and playing at the next level.

Dempsey, a four year member of the Topsail Team, also was with the Topsail baseball and wrestling program at Topsail High School. Brock had multiple all-area selections: First Team Defense Mideastern; 3A/4A All Conference selection in 2019.

Dempsey is working hard in the classroom with hopes of finishing strong academically, while training for football at Wofford next fall.  Brock is the example of what a “Student Athlete” should be!!! 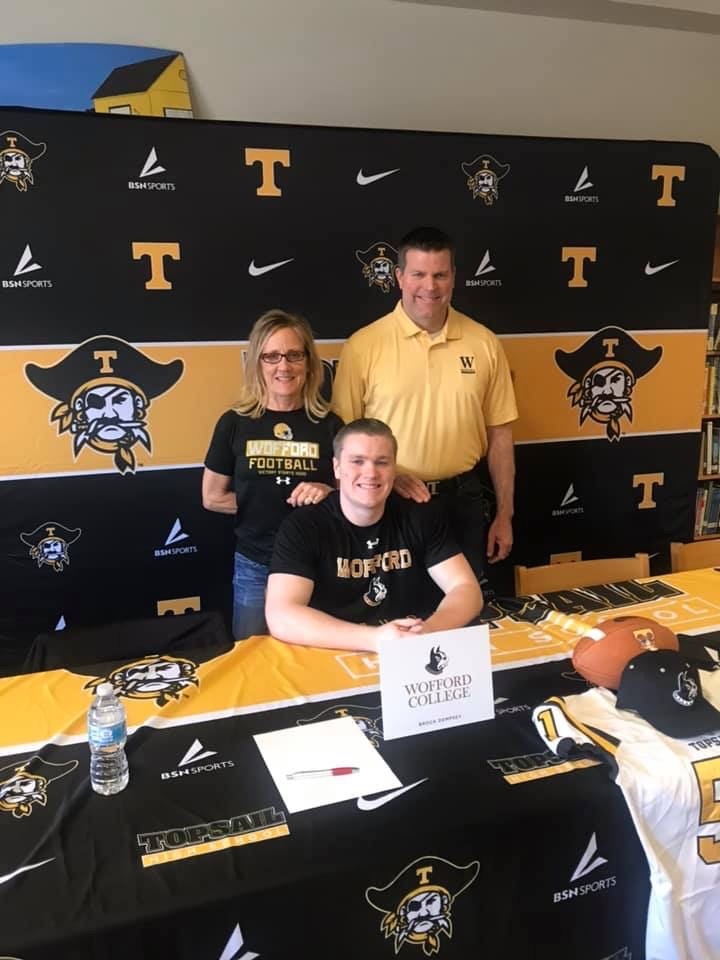