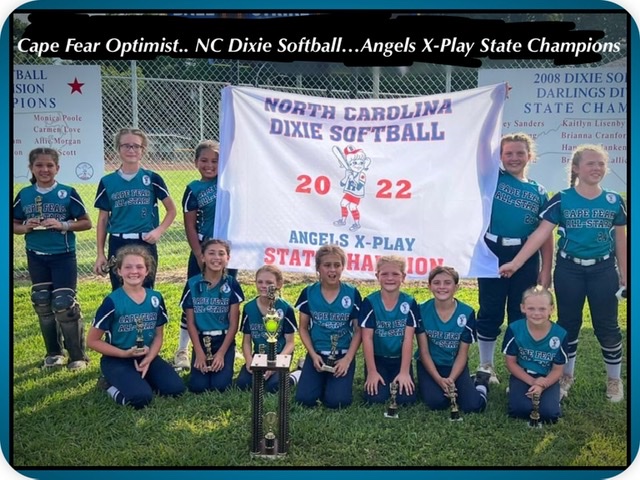 Area youth league softball and baseball players all started early spring preparing for the 2022 season. All with dreams of helping their team be the best it could be. As individual players, while having fun, put the work in as player to improve every day with hopes of being selected for their league All-Star team. New season, new team, new goals as the team and players prepare for the all-star tournament journey.

The Cape Fear Optimist District 9 Champions advanced to the NC Dixie Softball State Tournament held in Troy NC. The hard working, young and talented Angels continued their successful journey finishing undefeated 5-0 to win the NC Dixie Softball Angels X-Play State Championship. Angels coach Kelly Richardson was pleased with the teams 10-0 record in tournament championship play. “It was a remarkable performance by the team, and we are looking to do the same at the World Series.” 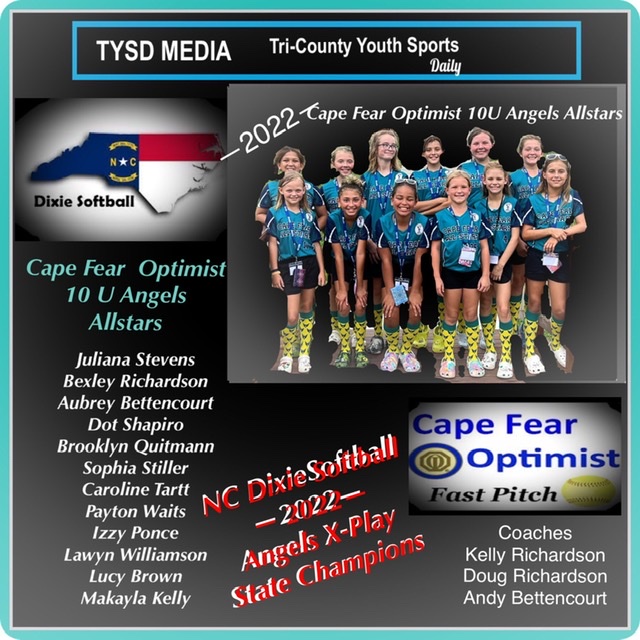