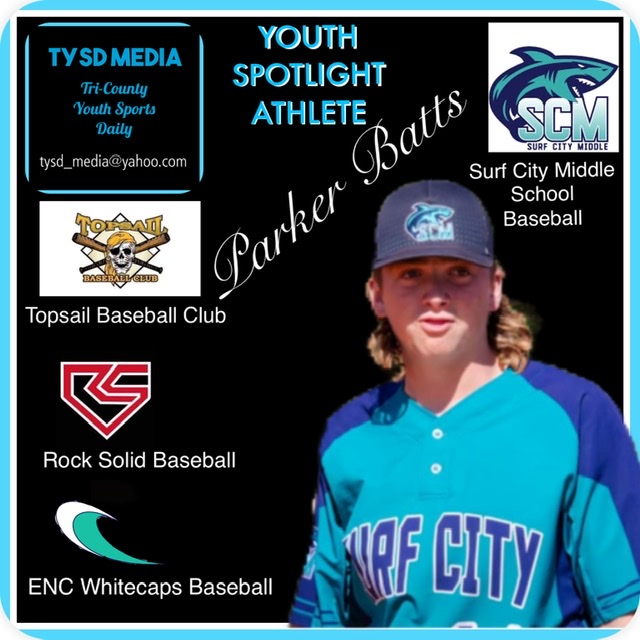 Surf City Middle baseball player Parker Batts, a eighth grader for the Dolphins finished his middle school career and moves to high school baseball next year. Playing high school baseball is one of a young player’s goals in the early years in the sport. Parker started baseball at the age of 5 playing T-Ball with the Topsail Ball Club Association. At the age of 8, Parker was a member of the Topsail Pirates 8U All-Star Team in his last season of recreation baseball.

Batts began playing travel baseball with the Rock Solid until year 2020. After Rock Solid Parker played with other travel teams including, Team Beast NC, ENC Whitecaps and Cape Fear Fury. Batts was selected to play in the 2021 Top Gun All-Star Tournament at Hartsville SC. Parker currently is playing for the SE Titans travel team out of Hampstead NC.

Parker as a student athlete does well in the classroom. Away from baseball, Batts enjoys fishing, video gaming, church youth activities and spending time with the family. 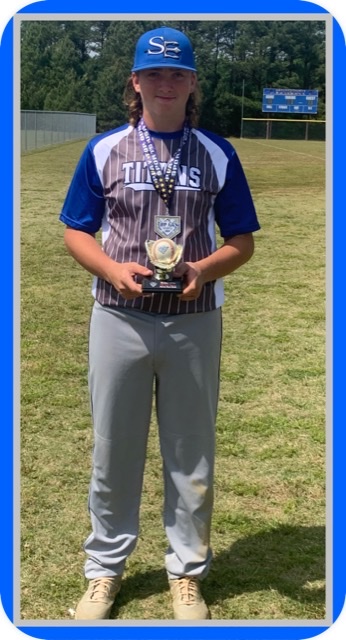