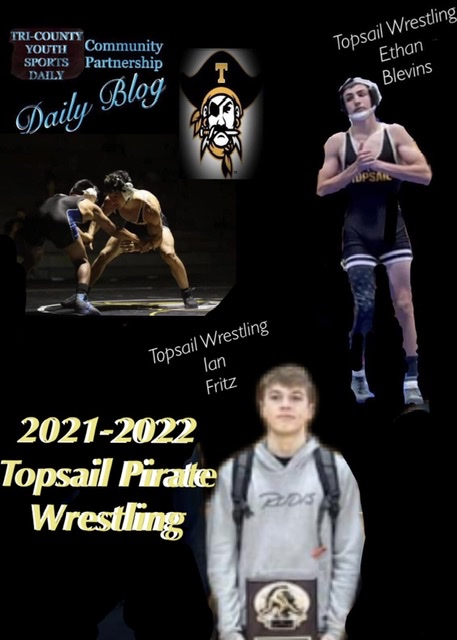 Ian Fritz.. 30-1 Ranked 4th in 4A  and 5th overall in NC through 1A-4A.    Ian has 20 pins with another 3 matches decided by a major decision or Tech fall. Ian Has recorded several top 10 wins including two wins over top 3 ranked opponents and several state qualifiers

Ian and Ethan have won every individual tournament entered this year.

Beast of the East

Both have made their cases thus far as title contenders. .

Topsail High School Wrestlers make it “On the leader Board”

William Scholl (Co-Captain) who leads the Senior class with a 22-11 Record doubling his win total from last year with more matches to go.

Thomas Bennet 13-11 more than doubling his win total from his freshman season.

The Topsail Wrestlers both young and talented..are heading down the final stretch of season. Come on out and and be part of the great atmosphere..at Topsail Gymnasium. you will not be disappointed!!